How this WeWork alum found her niche. 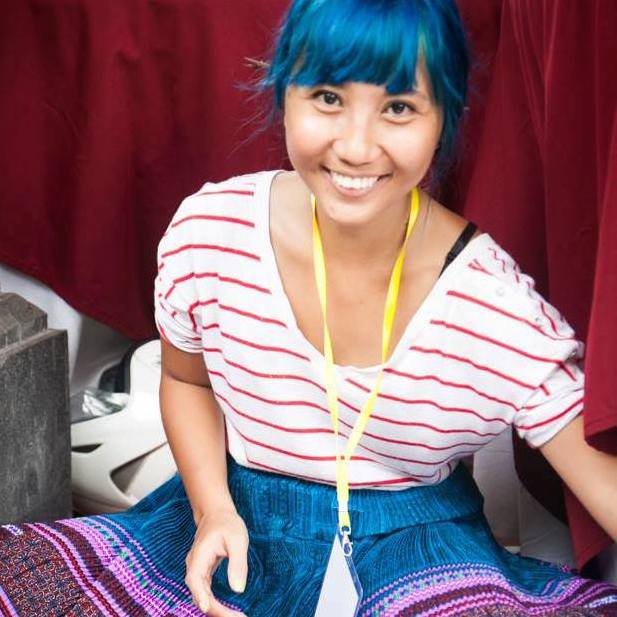 Lisa Brian Hain was one of the first several team members in the early days of WeWork. Now she's built a haven for mindfulness, health, and work in the heard of the Big Apple.

When Lisa Skye Hain left WeWork, she felt an immediate yearning to launch her own coworking space. The question was; what was it going to be, and how would it be different?

Lisa Skye Hain loves bringing people together. In 2010, she was one of the first staff hired by WeWork, shortly before they opened their first 17 coworking spaces in New York City. She joined the team following Adam Neumann and Miguel McKelvey, WeWork’s co-founders, and right after Kyle O’Keefe-Sally, WeWork’s Head of Innovation and proud employee #1. In just 14 months, she had booked 170 companies in WeWork’s first location, and then another 100 in their second.

“I absolutely loved what I did with them.”, said Skye Hain.

Skye Hain is a well-known name in the industry. Hailing from South Florida, she has been living in New York City for almost 20 years. Before joining WeWork, she became a leader in Business Network International (BNI), a worldwide business networking organization whose chapters span the world with more than 220,000 members. In Manhattan alone, the network has about 1500 members, and Skye Hain has been one of its leaders for the last decade.

“It’s basically a networking group where you have professionals from all different industries - there’s only one professional per industry per group. We bring all these different people together for the purpose of helping one another, whether it’s to meet a new referral, business partner, et cetera. So for me, WeWork was like the physical iteration of what I have been doing in my networking community for years. We were literally bringing all these different types of companies together under one roof.”

After 14 months, Skye Hain left WeWork to take on a personal project; a charitable cookbook that got picked up by a publisher.

“I decided that I really need a lot of time to focus on the manuscript. But immediately after I left WeWork, I had this sort of yearning inside of me to launch my own shared office space business. I just loved what I was doing! But the question was, how would I be different?”

She found the answer in Portland, Oregon. Initially, she had only intended to stay for a couple of months while tending to her mother after shoulder surgery, but she ended up matching with her future husband, Brian Hain, on Tinder. During her year and a half stay in the city, she underwent a complete lifestyle change, eating cleaner and greener with a great dose of yoga and meditation.

Then it suddenly hit her.

“This is what Facebook, Google and Bloomberg are doing for their employees, and there’s no coworking space that’s doing this for  small business owners. Especially in New York City where we hustle, we can really use something like this.”

Against this backdrop Primary was born, putting self-care and wellness at the forefront of their workplace philosophy. Skye Hain explained how her coworking space aims to nourish the members in three obvious ways: through the design of a beautiful aesthetic, healthy food choices from an on-site cafe, and by having The Studio on location, where they host up to 25 classes of yoga, meditation and boot camps for their members per week, all included in the membership price.

“We believe that if you make your primary focus yourself, your body and your well being, everything in your life including your business can thrive.”, mentioned Lisa, explaining how the name 'Primary' got chosen.

This philosophy seems to resonate with a lot of people. At their 25,000 square foot coworking space, Primary has over 95% occupancy rate, despite stiff competition in the market. Coworking NYC just published the definitive list and guide to spaces in New York City 2017, and they listed over 70 brand names in the city. There are plenty of big players (WeWork alone has 35 spaces!), all fighting for the spotlight and arguably appealing to the same demographic.

And we haven’t even begun to talk about coworking apps like Spacious, aimed to turn New York City’s more than 2000 restaurants that are idle during daytime into affordable coworking spaces, or PivotDesk that matches small businesses with larger companies that have more space than they actually need in their buildings.

The overcrowded market naturally demands intense specialization as a consequence, and Primary seems to have found theirs. Skye Hain explained, she currently has over 30 different companies that have come to Primary from different WeWork locations in the city. They love the space, and they feel connected to the community.

“They feel very confident bringing investors or important clients back to their space. No one is going to be playing ping pong or foosball outside their office, tapping a keg, or whatever it is; it’s just not the vibe of our space. Primary feels more like an oasis, a place where you feel refreshed, productive and focused. The energy is totally different. Personally, I love the vibe of WeWork, the bright colors, the positive quotes, and all that. But Primary is  a different concept. It feels more like a spa, and that’s just going to appeal to a different clientele. That’s the point.”

“I also have people coming up to me and saying, ‘ I’ve visited a lot of spaces, and this is the place where people actually said ‘hello’ to each other in the hall.’ It’s very important for us to know who the people are at our space, what their company is, and what they do, so we can actually have the opportunity to connect them to other new people who are coming to the space. There’s that communal feeling that makes you feel connected to the people who are there and I think that’s what defines a community. A space where you can truly experience connection.”

Primary seems to have attracted the right clientele. At their 26 Broadway space, Primary now has about 100 different companies and 250 coworkers in various industries. From videographers to PR firms, from a bunch of web developers to the developers of a self-driving car. They also have plenty of big companies working at their space including micro financing firm Kiva, Pepsi, and Heartland, one of the largest publicly traded payroll companies.

This is of course not without hiccups. Initially, even with their refined offerings, Primary found difficulties attracting tenants in the first couple of months they were open. It’s a common trend among coworking spaces that focus on really specific industries and chose to narrow their membership pool from certain market niches. In fact, the 2016 Coworking Survey from Deskmag found that only 26% niche coworking spaces were profitable, compared to 36% of spaces that were open to everyone.

Eventually, Primary decided to lower membership price by 25%, and only then they began to hit the sweet spot. But price point was not the only issue.

“A month before we opened, WeWork launched WeWork Wellness, where they take over conference rooms and do lunchtime yoga classes. They also just announced that they’re opening a WeWork Gym, and the first location is a block from Primary.”, said Skye Hain.

But, spoken like the true co-founder of a mindfulness-focussed coworking space, Skye Hain’s take is nothing but zen. “I like that the world is following this wellness trend. I’m not doing this because I want to create an exclusive community. I want the world to be aware of how my life has changed over the last four years by putting self-care first. I feel healthier, stronger, more vibrant, because I’m eating cleaner, greener, doing more yoga and being more mindful. It’s good that it’s a trend.”

After all, Skye Hain understands her members and she loves her community. When you understand your members, there’s nothing to stop you from creating the perfect working environment for them.

Hit subscribe & get our industry leading articles, interviews, webinars straight to your inbox.

Want to see it in action?